Opicapone is a 'third-generation' COMT inhibitor that is taken once daily.

According to researchers, opicapone "could enable a simplified drug regimen that allows physicians to individually tailor the existing levodopa daily regimen, by potentially reducing the total daily levodopa dose, increasing the dose interval, and ultimately reducing the number of intakes".

Two randomised, double-blind, phase III studies evaluated the safety and efficacy of opicapone in 1027 patients with Parkinson's disease and end-of-dose motor fluctuations being treated with levodopa and a dopa decarboxylase inhibitor, either alone or in combination with other antiparkinsonian drugs.

In the placebo- and active-controlled Bi-Park 1 study, investigators randomised 600 patients to receive opicapone 5mg, 25mg or 50mg once daily, placebo or entacapone 200mg (with every levodopa intake) for 14–15 weeks.

The primary endpoint was the change from baseline to end of study
treatment in absolute time in the off state, as assessed by daily patient diaries. 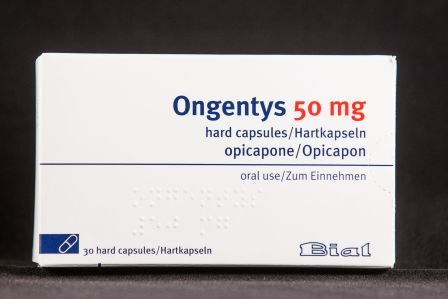 The most common adverse effects of opicapone were nervous system disorders. Dyskinesia was the most frequently reported treatment-emergent adverse event, occurring in 16% of the opicapone 50mg group, 8% of the entacapone group and 4% of the placebo group.

"[Opicapone] may become the treatment of choice when levodopa-treated patients need additional help to improve motor symptoms such as wearing-off in Parkinson's disease," said Professor Heinz Reichmann, Professor and Chair of the Department of Neurology and Dean of the Medical Faculty at the University of Dresden.

Opicapone is the second new Parkinson's disease treatment to become available in 2016, following the launch of safinamide (Xadago).

Xadago (safinamide) is the first new drug for Parkinson's...

The GP's role is to co-ordinate holistic care, writes...

Training device for reflux and dysphagia available on NHS

A neuromuscular training device for patients with reflux-based...

EXCLUSIVE TO SUBSCRIBERS See the latest changes to...