Guanfacine is a centrally acting antiadrenergic agent with antihypertensive properties. While its mode of action in ADHD has not been fully established, preclinical research suggests that it may modulate signalling in the prefrontal cortex and basal ganglia through direct modification of synaptic noradrenaline transmission at alpha 2-adrenergic receptors (which in the prefrontal cortex have been implicated in attentional and organisational functions).

Intuniv is indicated for use in children and adolescents aged 6 to 17 years. The initial dose in all age groups is 1mg daily, with subsequent dose titration, if required, according to age and weight. The modified-release tablets should be given once daily in the morning or evening and should not be crushed, chewed or broken. Although the tablets can be taken with or without food, administration with a high-fat meal is not recommended due to increased exposure. 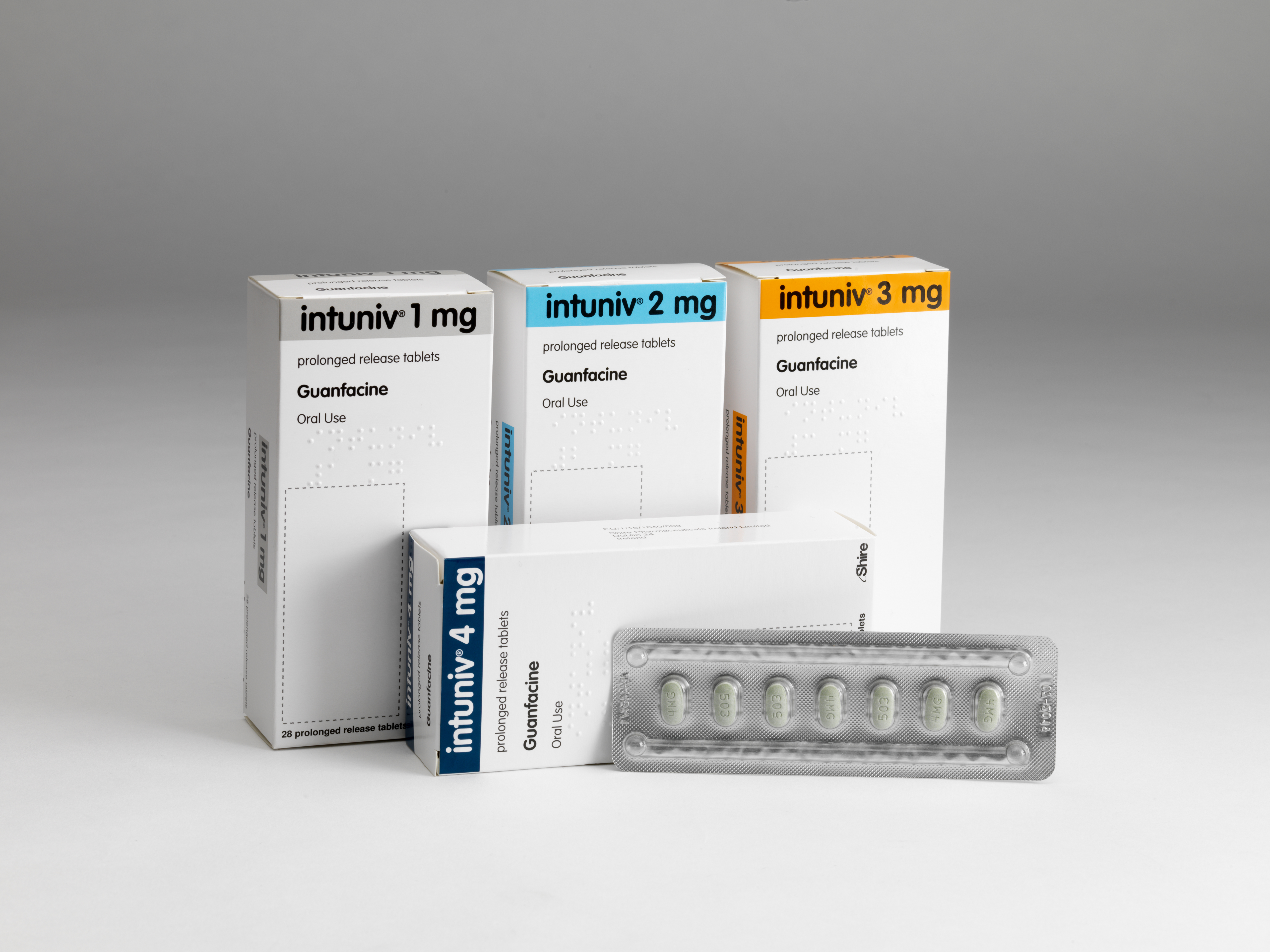 In the first study (SPD503-301, n=345) patients were randomly assigned to one of three treatment groups (guanfacine extended-release 2mg [n=87], 3mg [n=86] or 4mg [n=86]) or placebo (n=86). All patients began treatment at 1mg daily with the double-blind period comprising five weeks of dosage escalation and/or maintenance and three weeks of downward tapering.

Extended-release guanfacine was associated with significantly greater improvements in ADHD-RS-IV score than placebo with least squares mean changes from baseline to endpoint of -16.18, -16.43 and -18.87 in the 2mg, 3mg and 4mg treatment groups, respectively, compared with -8.48 in the placebo group. Guanfacine was also associated with significant improvements in CGI-I, PGA, CPRS-R and CTRS-R scores compared with placebo.

The design of the second study (SPD503-304) was similar to that of the first study but included a fourth treatment group (guanfacine 1mg), which was restricted to patients weighing less than 50kg.

Statistically significant reductions in ADHD-RS-IV scores from baseline to endpoint were observed for all doses of guanfacine extended-release (-20.4, -18.0, -19.4 and -20.9 for 1mg, 2mg, 3mg and 4mg, respectively) compared with placebo (-12.2). Guanfacine was also associated with greater improvements in CGI-I and PGA than placebo (significant for all guanfacine doses except 2mg/day).

In both studies guanfacine was also associated with significant reductions on the ADHD-RS-IV inattentiveness and hyperactivity/impulsivity subscales compared with placebo.

Guanfacine extended-release was also shown to significantly reduce ADHD-RS-IV total score compared with placebo in another double-blind phase III study (SPD503-316, n=338) in which children and adolescents were randomised to receive guanfacine extended-release (6-12 years, 1-4mg/day for 10 weeks; 13-17 years, 1-7mg/day for 13 weeks), placebo or an active control (atomoxetine, 10-100mg/day). The least squares mean reduction in score from baseline to endpoint was -23.9 in the guanfacine group vs -15.0 for placebo and -18.8 for atomoxetine. In addition, the proportion of patients showing an improvement in CGI-I value (1 or 2) was 67.9% for guanfacine, 56.3% for atomoxetine and 44.1% for placebo.

Safety of long-term guanfacine use

Two 24-month open-label studies were conducted to evaluate the safety of long-term guanfacine use in patients who had been exposed to guanfacine extended-release alone or in combination with a psychostimulant in earlier studies. Both studies (SPD503-305 [n=259] and SPD503-303 [n=240]) concluded that long-term use up to 24 months was generally well tolerated and that efficacy was maintained over this period.

Guanfacine was generally well tolerated in clinical studies with somnolence, headache, fatigue, upper abdominal pain and sedation the most commonly reported adverse effects. Somnolence and sedation occurred primarily at the start of treatment and typically lasted for two to three weeks.

Elvanse (lisdexamfetamine) is a long-acting pro-drug...

Medicine shortages have worsened during the past year,...

EXCLUSIVE TO SUBSCRIBERS Use our constantly updated...