In recent decades, much effort and ingenuity has gone into the development of cosmetic interventions in dermatology, most of which have been devoted to anti-ageing measures. Although many lack substantive scientific or clinical evidence, there are some that show promise through robust publications in peer-reviewed journals.

The 'holy grail' of skin ageing has been a focus on dermal biology, in particular, the connective tissues which give the skin its elastic texture and tone.

Topical formulations of the fibrous dermal proteins collagen and elastin, or their derivatives, have not worked well. This is due to lack of bioavailability, that is, the failure of such large molecules to penetrate the intact epidermal barrier.

Similarly, subcutaneously injected materials have been disappointing, owing to the need for regular replacement. Ablative procedures are painful and take time to heal fully.

One promising approach is to induce natural connective tissue growth without risk of hypertrophy or pigmentary abnormalities, as a safe long-term solution. Skin needling is claimed to achieve this. It has been used since 1995 to achieve what is referred to as percutaneous collagen induction1,2 and collagen induction therapy.3

The technique involves puncturing the skin multiple times with small needles to induce collagen growth. One team of researchers has described non-invasive, incisionless surgery or 'subcision' as a way of inducing connective tissue growth beneath scars and wrinkles.4

Other researchers used a similar technique to treat the upper lip by inserting a needle into the skin and then tunnelling under the wrinkles in various directions, parallel to the skin surface.5

This is also an effective method for treating acne scars (grades 2 to 3) and facial scars, reducing the signs of cutaneous photoageing5,6 and treating other dermatological conditions. In a more recent study, researchers treated upper lip wrinkles by needling and analysed wrinkle severity, concluding that the procedure was both effective and safe.3

Rationale and science behind needling

The procedure is carried out using any of the commercially available roller devices. Needles penetrate the papillary dermis (approximately 150 micrometre deep), where the microtrauma induces connective tissue growth via gene expression.7

Specifically, this is increased expression of the cytokines VEGF, FGF7, EGF and collagen I and III genes. This dermal response is akin to a physiological wounding response, where damage is repaired by tissue regrowth and regeneration, followed by maturation.8

Needling is, in effect, multiple minor wounding where the epidermal barrier is breached. In this respect, the procedure is very similar to tattooing.9 However, in tattooing, a pigment is deliberately introduced into the dermis.

The tissue response, as seen by 3D imaging, shows localised, sustained 'swelling' coincident with the needling, which could be attributable to collagen synthesis. A recent finding (in my own as yet unpublished research) that this response is the same in inkless tattooing supports this conclusion, particularly as the resultant change in skin surface profile lasts for many weeks.

Epidermal barrier function as affected by needling has been studied. The standard measurement of transepidermal water loss has been measured and found to increase by more than 20%.10 This is, however, a short-lived phenomenon – normal levels are restored within a few hours as the barrier is repaired.

Needling to deliberately perturb the barrier, and so facilitate transdermal delivery, has been investigated10 and other researchers have used microneedling in conjunction with topical application of glycerol.11

This method uses a microneedle roller, which creates numerous artificial microchannels that accelerate the tissue permeability of topically applied agents which would not penetrate the intact barrier. In this study, a 2.3-fold higher transdermal diffusion rate of glycerol was observed.

Other researchers have studied the dermal delivery of a macromolecule, IgG, which would not penetrate intact through undamaged skin.12

The microchannels have been visualised microscopically and their dimensions measured,13,14 and it was observed that IgG delivery increased with increase in the arrays of microneedles, and the concentration and length of the microneedles. 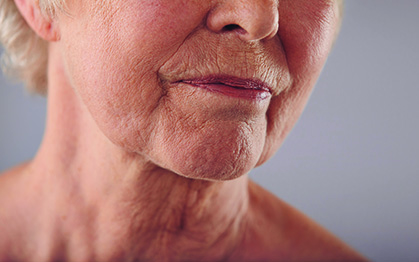 Although needling for cosmesis has become widespread across Europe and the US, clinical data are not yet available to demonstrate its comparative efficacy with respect to alternatives such as dermabrasion and laser therapy. Similarly, there are no useful data on adverse effects.

On the basis of the 'wounding' process, we can conjecture that the procedure is likely to be of a similar risk to orthodox tattooing - with no complications for inks/pigments. Tattooing has become a controlled process in most cases, with practitioners being conscious of hygiene and skin aftercare practices.9

As with any breach in the skin barrier, there is always an opportunity for ingress of pathogens and subsequent infection, but the risks are low.

The variation in outcomes reported anecdotally suggest that all skin types may not respond equally to needling – this is entirely predictable. There is reported to be no risk of inducing hypertrophic scarring or keloid formation and needling is a recommended treatment for this.15

Specific safety studies have been reported using microneedles of different lengths and shapes.16 Needle design was found to have a marked impact on transepidermal water loss and erythema, which significantly increased with arrays of 400 micrometre compared with arrays of 200 micrometre.

Microneedling is used cosmetically for inducing collagen formation and, experimentally, to aid topical delivery. In the former case, evidence is weak, but there appears to be a beneficial effect in stimulating dermal remodelling, so minimising scarring and age-related changes. Safety issues have not, as yet, been reported.

Whether microneedling becomes widely used in cosmesis remains to be seen, and with respect to topical delivery, it is still very much in the developmental stage.

14. Meinke MC, Kruithof AC, Bal S et al. Application of in vivo laser scanning microscopy to visualise the penetration of a fluorescent dye in solution and in liposomes into the skin after pre-treatment with microneedles. In: Wang CC (editor). Laser Scanning, Theory and Applications. 2011.

Although common, this condition can have significant...

Therapy in patients with scarring is based on classification....

Diagnosis of severity is the basis for treating this...

Prescribing news and resources for key therapeutic areas, collated by the MIMS editors.

Use our timeline to follow the latest coronavirus developments...

Early emollient use does not prevent eczema in children, studies show

Daily application of emollients in infancy is not effective...

Macrolide prescribing in pregnancy linked to risk of birth defects

Researchers have called for caution when prescribing...

Added: Ativan and penicillamine.
Use our constantly...